Earlier on this week I rediscovered (as I had known about it before but had forgotten) a trail around my home town of Sudbury called the Talbot Trail.  It's a trail for children really and has 14 miniature bronze statutes on red posts around the town representing interesting facts about the history of the town.  It starts in the town centre; outside St Peter's Church is Pongo from 101 Dalmatians. 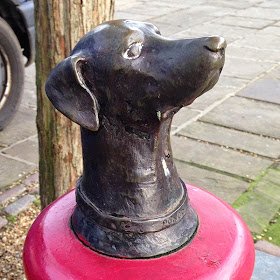 In the story by Dodie Smith Pongo and Perdita stop in Sudbury to drink from the drinking fountain (which is still outside the church and about to be renovated) whilst searching for the puppies.

In the market place is Blondin - a famous (I'd not heard of him!) high wire artist who, in 1872, visited Sudbury and pushed a member of the public in a wheelbarrow across a rope suspended above the road! 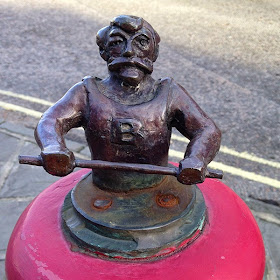 I walked down roads that I usually drive along and saw things I'd never noticed before, like this lovely entrance way to a house, 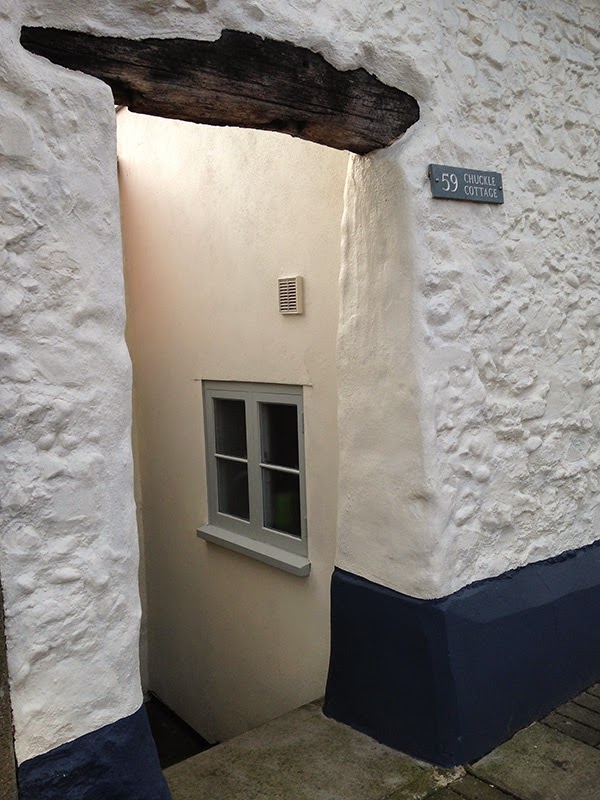 this sign painted on a wall advertising the fact that a general engineer and millwright once worked there, 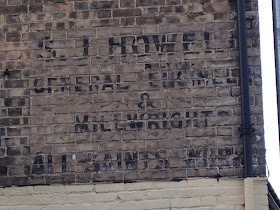 and this passage way 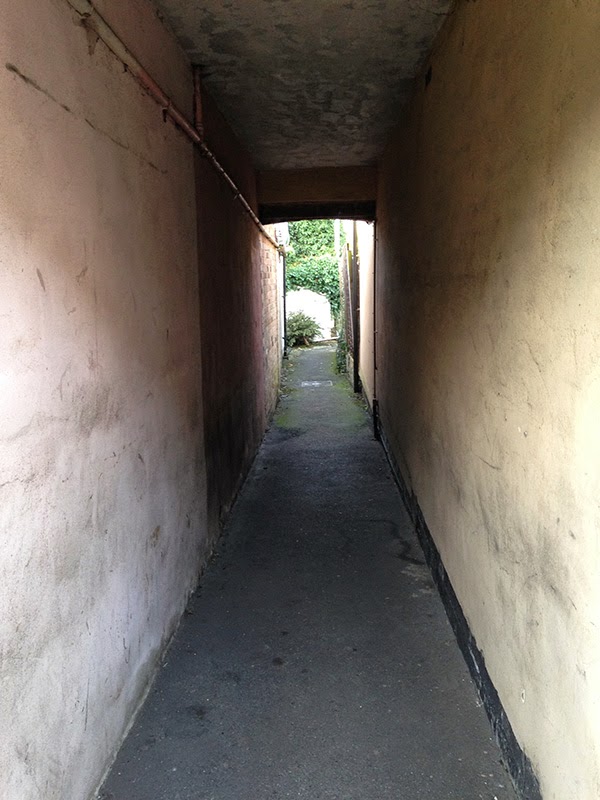 which is intriguingly called 'Laundry Gardens' (I'll have to find out the history of that). 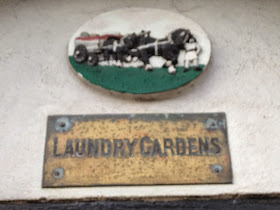 I found Amicia, daughter of the Earl of Gloucester who married into the de Clare family in the 12th century and brought her wealth to Sudbury, 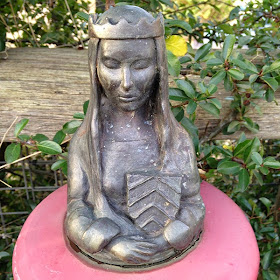 and dancing bears who were brought to the town by victorian showmen to entertain the locals! 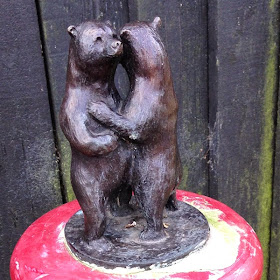 After a quick walk over the water meadows 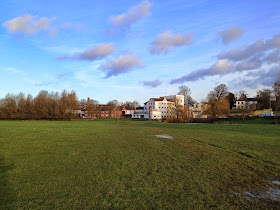 and up towards the croft I found good old Simon of Sudbury (complete with ladybirds!). 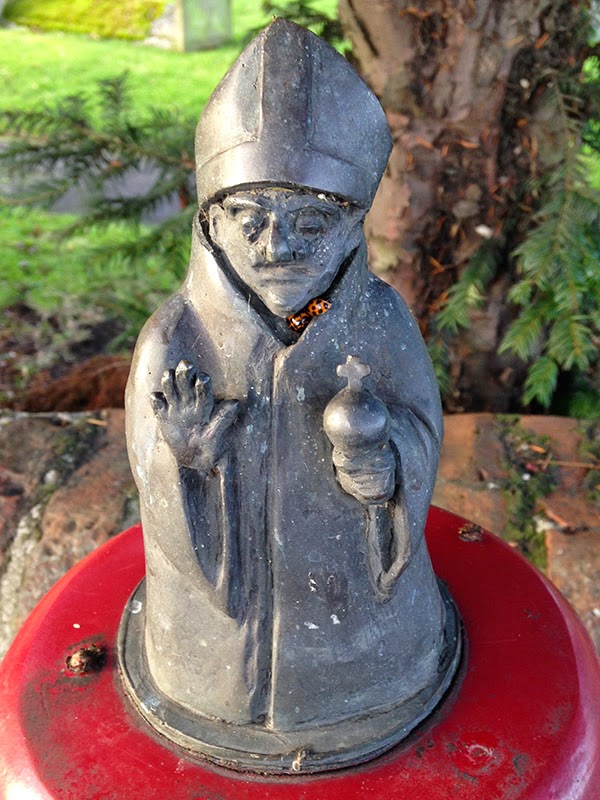 Simon became the Archbishop of Canterbury and Chancellor of the Exchequer during the 14th Century.

Sadly for Simon he ended up being decapitated in 1381 during the Peasants' Revolt and his head was brought back to Sudbury! 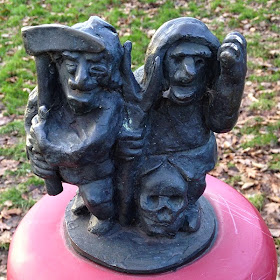 I'm not really sure why it's called the Talbot Trail, apart from the fact that a talbot is a type of dog owned by Simon of Sudbury and depicted on the Sudbury town sign.

On my way round I happened to pass Oxfam and bought 2 jugs for the grand total of £4.98 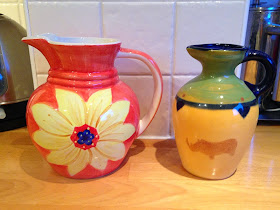 and a bunch of carnations for £1.50 from the market - nice and cheery. 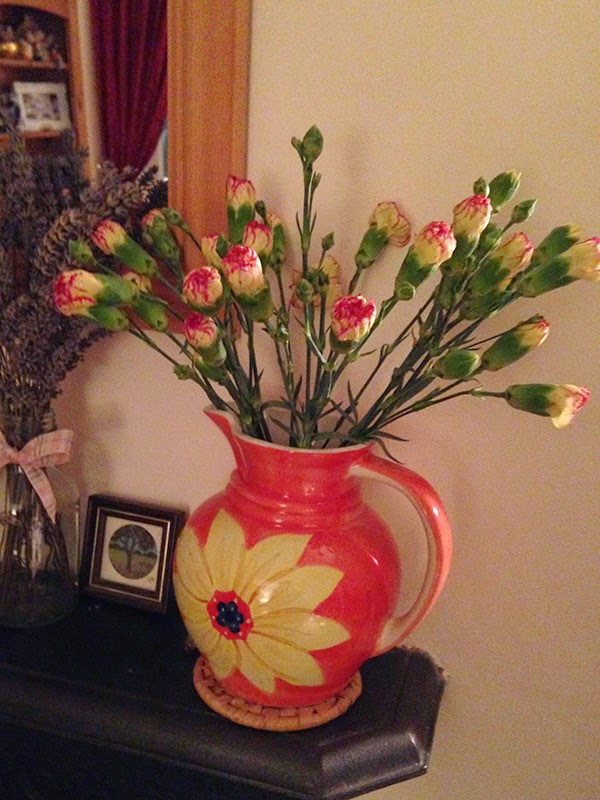 It's a nice little trail and I enjoyed walking down streets I've not walked down before, before walking home in the fading light along the riverbank. 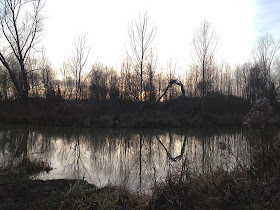 Thank you for visiting my blog. I appreciate all your comments and I love to read them all. I will try to reply to each one, unless you have a 'noreply' blogger address that is, but this may take a few days if I'm busy!